A response to today’s published findings from Medina Johnson

A University of Birmingham study, reported widely today, suggests that survivors of domestic violence an abuse (DVA) are more at risk of serious mental ill health.  You can read the articles here and here.

The study also reports that GPs are highly trained to spot DVA. What it doesn’t mention is that the signs of DVA are well-hidden and often misdiagnosed.  The Royal College of General Practitioners, commenting on the report has said that “training for all GPs on adult and child safeguarding was mandatory”.

Medina Johnson is CEO at IRISi, a social enterprise established to promote and improve the healthcare response to gender-based violence. IRISi’s flagship intervention programme, IRIS (Identification and Referral to Improve Safety), is a general practice based domestic violence and abuse training and referral programme. IRIS training provides GPs, nurses, midwives and other clinicians with the training and skills to recognise and identify the signs of a patient who may be a victim of domestic violence and refer them to a named advocate educator who can help and support them through the process of reporting and recovery.

“We know and agree that DVA affects mental health.  We dispute that GPs are highly trained or even trained at all in many cases to recognise and respond to DVA” says Medina. “Training on adult and child safeguarding is essential, but it is not the same as focussed training for clinicians to enable them to recognise, ask about, respond to, know where to refer and how to record DVA.  IRIS is an evidence-based programme, offering all of this and widely cited as best practice.  In the last decade, IRIS programmes have received referrals from over 11,000 women, fully trained over 800 general practices, around 10% of general practices in England and Wales and been commissioned in over 40 areas.”

IRIS is not mandatory training for GP’s. The programme is commissioned and paid for by local health commissioners and local authorities and then rolled out across a specified geographical location. Not all GP’s are IRIS trained.

“By becoming more aware of the signs and symptoms that suggest abuse – long term anxiety and depression, repeat visits to the surgery for minor symptoms, unexplained gynaecological problems – I became much more aware of patients who were living with abuse and the negative effects it was having on their health outcomes. The penny drops and you realise the exact scale and extent of the problem amongst your patient population“

“We need a systematic approach to training and resourcing this issue in health” continues Medina. “We know that IRIS works – women feel safer, have improved health and quality of life and visit their GPs less as a result; clinicians are better informed, trained and skilled to respond to patient need.”

Professor Gene Feder, OBE, a GP and DVA researcher at the University of Bristol commented

“Safeguarding training does not adequately train GPs (and other members of the primary care team) in asking about and responding appropriately and safely to patients experiencing domestic abuse. That is why we trialled and developed the IRIS programme, which to date has trained about 10% of practices nationally and for which we continue to argue for national funding, rather than local commissioning”

Gender based violence is not recognised as a health issue in the UK. It often goes undiagnosed and hides behind symptoms such as depression and anxiety. The symptoms are not always physical and it can be extremely hard to identify a patient. IRIS programmes provide general practice teams with the training that they need to be able to ask their patients the question and refer them to a named individual, should they wish to do so. This is not only saving women’s lives, it is saving the NHS time and money.

“DVA is an epidemic and should be treated as such” says Medina. “It feels like Groundhog Day when we are told again and again that DVA affects mental and physical health. Solutions exist and offer women choices. When these aren’t prioritised and made widely available, we are not acting in the best interests of patients.”

From more information on IRISi or the IRIS programme, please email medina.johnson@irisi.org 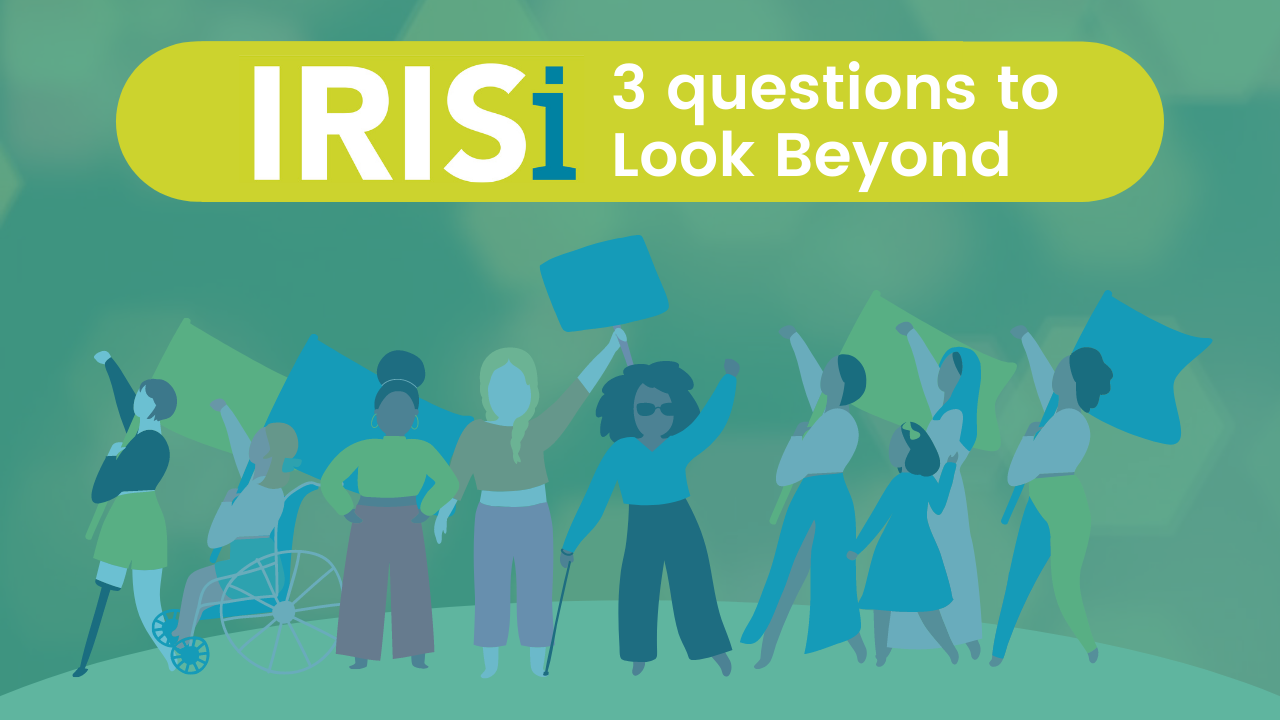 3 questions from our Look Beyond campaign: Dr. Jeremy Horwood, Associate Professor at The Centre for Academic Primary Care (University of Bristol)

IRISi interviewed leading researchers and key specialists to talk about the impact of the pandemic in Domestic Violence and Abuse in the UK – and here are 3 questions to Look Beyond according to...

Why I Care So Much: Zainab Oshodi explains how two weeks working with IRISi has challenged her perceptions of DVA.

For the last 2 weeks I’ve had the pleasure of working with some really amazing women at IRISi. It’s been an eye-opening experience for myself as a clinician, but also as a woman. Going...

The IRIS Programme provides specialist advocacy and support to patients registered at IRIS-trained practices who have experienced domestic abuse.